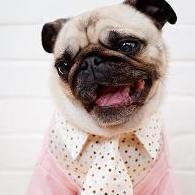 Back.. TO THE FUTURE!

By Flux Capacitor, November 21, 2009 in Back to the Future Discussion