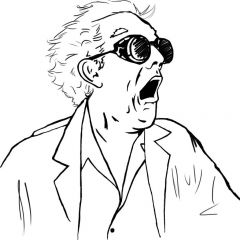 In-game notification to come and visit the forums